Nirnivia, the country formed for the Ulgoronisoists, faced considerable difficulties from the start. Having a living 'prophet' in their lifetime made them very passionate in their religion, and they had a reputation, fair or not, of being zealots even more fervent than the Ulgoronists. Because of this, few of the followers of other faiths chose Nirnivia as a home. Their population ended up small, and therefore, they received the smaller territory for their country, limiting their chance of growth. Despite these challenges, Nirnivians worked hard and, eventually, turned the tide. In the present day, Nirnivia is thriving, with a rising population, numerous large cities, and a greatly decreased mutation rate. Their science hasn't come to match the glory of before the old war, but they regained a lot of what knowledge was lost and are by all means technologically advanced.

Nirnivia isn't as diverse as Ostark when it comes to races. Since most Ulgoronisoists were Brigs, they form 77% of the population. The Jonilans, Perz, and Zargs, of course, make up the remaining 23%. While most Perz and Jonilans staying there share the Ulgoronisoists' beliefs, the Zargs are different and consist mostly of people who lived in those lands before and didn't feel it was right that they should be chased out of their home due to newcomers.

The different races of Nirnivia live in harmony. Racial discrimination is rare, though there is some tension between the Zargs and the Ulgoronisoists. The Zargs, perhaps understandably, feel the Ulgoronisoists ruined their homeland and then took over it, abusing the fact that the Zargs lacked the knowledge to save themselves from an evil unleashed through no fault of their own. Zargs and the rare non-Ulgoronisoists Perz, on the other hand, tend to view each other favorably, both feeling like victims of zealots. These tensions, though sometimes bringing verbal slurs, never manifested in a truly violent fashion (save perhaps for a few minor incidents) and lessened considerably as new generations replaced the olds. In the present day, this sentiment from the Zargs is a mere shadow of what it once was and has virtually no effect on Nirnivian politics.

By far the largest religion in Nirnivia is Ulgoronisoism, with about 92% of the population adopting its beliefs. Since it is compatible with other faiths, Win-Kui-Noi is the second largest religion there, especially in the Perz population. Other than that, there are some practitioners of the other major religions, except Ulgoronism. A small proportion of Brigs still practiced Hynoism, and for a long time, the vast majority of Zargs remained Taidists. This changed somewhat with the coming of the new Melkar.

Note: The actual percentage of Ulgoronisoists is debatable as this has been determined by surveys. It is highly possible that people who do not share the faith, especially atheists, might pretend they are Ulgoronisoists out of fear of discrimination. Because of this, it cannot be ruled out that some lied on the surveys. 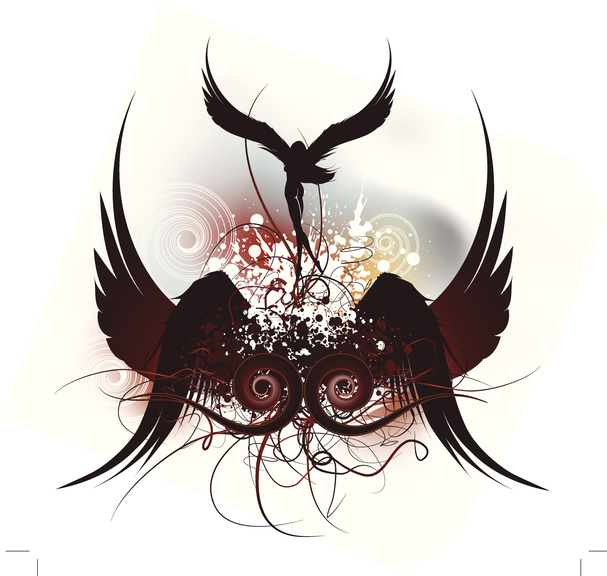 In the year 2101 of the Nirnivian calendar, a baby girl named Rose was born. Under normal circumstances, this would be a joyous but uneventful occasion. In her case, however, the birth caused an uproar through Nirnivia as two wings graced the baby's back and she was thus proclaimed as the new Melkar, and perhaps a reincarnation of the original (though none could be sure that was the case.). This event bolstered the Ulgoronisoism faith and its followers grew even more fervent in their devotion. Even non-believers reconsidered their stance. In particular, many Zargs then converted seeing the new Melkar as proof that Ulgoronisoism was the one true religion after all.

Not everyone accepted this new Melkar at face value. Due to the intense radiations, many strange deformities occurred in newborns. It wasn't rare to see a baby with a tail or whiskers, why not wings? That being said, suggesting Rose was simply one of many mutants and not a prophet quickly drew ire from devoted Ulgoronisoists. Soon, it came to be considered heresy by the churches of all major branches, so most dissidents kept their reticence to themselves, less facing the possibility of becoming a pariah.

Eventually, Rose grew up and it was decided that as the Melkar, she couldn't belong to any particular branch or promote one over another. This was in an effort to avoid potential conflict between the major ones. Despite the restriction, Rose's beliefs showed through her sermons, no way around this, so most assumed she belonged to either the progressive or centrist branch. The Orthodoxes were never that popular and, as Rose grew into her role, they faced an exodus since the less zealous members switched branches. The Orthodoxes thus lost considerable power. Instead of reinterpreting their version of the faith, they doubled down on it and are extremely protective of their beliefs. Still, they perhaps paradoxically revere the Melkar.

While Rose's birth came as a surprise for many, there was one who predicted her coming. After years of studying sacred texts, a lowly priestess by the name of Sophia came to the conclusion that a new Melkar might be born soon. Head priest, Christopher, of the centrist branch (as well as the leaders of the other branches), denounced the notion as ludicrous, claiming there would only ever be one Melkar. Sophia never withdrew her claim, being ostracized by the church as a result. While they did not excommunicate her, it is widely assumed her choice is the reason why she never ascended to the role of high priestess. In the end, Sophia was proved correct, but she died of disease before that happened. 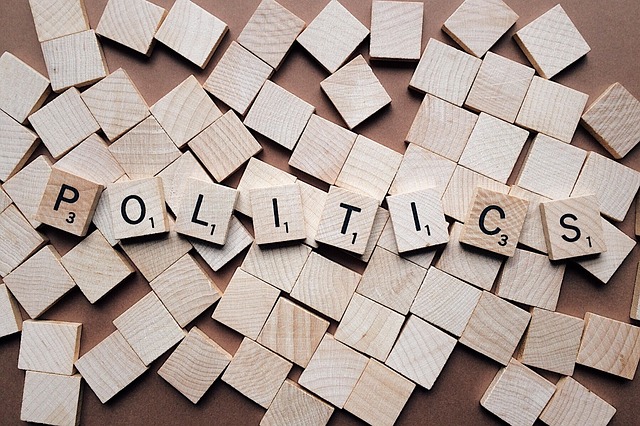 The high council is Nirnivia's highest authority and is in charge of every major decision. No law is enacted without passing through the council. It is formed of thirteen members, the 12 councilors mentioned above and a moderator who is also elected, but it is nationwide instead of by district. The twelve councilors vote on any issue brought before them and the majority wins. The moderator oversees the process and is responsible for keeping the discussion civil and making sure everyone follows the rules of conduct. Should someone break a rule, the moderator can warn the councilor, impose a fine, banish him/her from the session, and more. While the moderator doesn't vote on issues normally, in cases of deadlocks, he/she is then invited to cast a decisive vote. This means that while the moderator isn't directly involved in most of the council's decisions, he/she is still a powerful figure as he/she often has the final word on divisive issues.

It would be unrealistic for a mere twelve people to perform all the tasks necessary to rule a country. The mardaboeuf delegation is tasked with representing their districts and they redact new laws that can then be voted on by the council. In short, they propose solutions to problems and the council decides whether those are applied or not. This is an oversimplification but still represents their role fairly well. 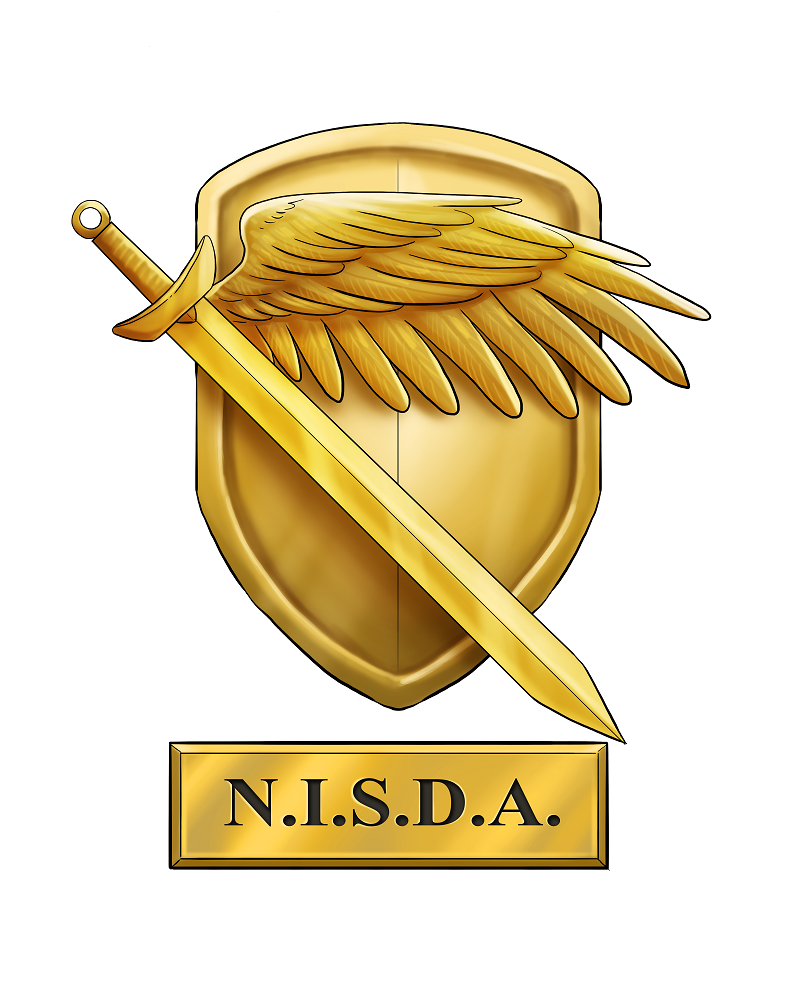 N.I.S.D.A. stands for NIrnivia Special Defense Alliance and it's the name of the Nirnivian military. They have two main roles: Defend Nirnivia from Ostark should it become necessary, and protect Nirnivia from domestic threats that are too great for normal police. Since there was, in theory, no contact between the two countries, there weren't any conflicts between them either, so for the longest time, N.I.S.D.A. never actually fought against Ostark. Still, they liked keeping an eye on their neighbor by using spies they smuggled through the neutral zone. This was highly illegal and against the treaty signed by the two countries, but N.I.S.D.A. had no illusion: this was necessary to ensure Ostark posed no danger to Nirnivia and had no doubt Ostark did the same. As far as domestics threats, that mostly entailed dealing with terrorist organizations when they arise and helping when a community is struck by a severe natural disaster.

N.I.S.D.A. is a huge organization, of course, but it is led by one person: The Commander. At the Commander's side is the Koporal, the second in command. The Koporal is there to offer guidance and a counter point of view. While the commander is in charge, should he be judged as a compromise by the Koporal, either through a moral dilemma or a physical ailment, the Koporal can dismiss the Commander of his/her function and take over for the duration of an operation. This has a measure of risk, however, and cannot be used to overthrow the Commander. Once the crisis is over, the council review the Koporal's decision, and should they be of the opinion that the Koporal made his/her choice inappropriately, a harsh punishment awaits him/her. In the worst cases, he/she might be court-martialed as a traitor.

N.I.S.D.A has many facilities throughout Nirnivia, the main one being Valardir where the Commander resides.

Though N.I.S.D.A. is an important part of Nirnivia's safety, they often see their budget being reduced. Ostark showed no signs of hostility and so were perceived as a minor threat. For this reason, the council often favored social projects designed to improve the life of many instead of the military. Most agreed with their decisions, but some within N.I.S.D.A feared this might haunt them in the future. Such musing is usually dismissed as paranoid: With both Ostark and Nirnivia choosing isolation, how can there be war?

Nirnivia tends to lean to the left of the political spectrum. Social programs are favored there. In particular, they have an extensive welfare and health care system in order to provide a minimal standard of living for their citizen, often by reducing N.I.S.D.A's budget as previously mentioned

Discrimination and the Kenneth foundation

If there is something good to be said about the old war, it's that it shattered every kind of discrimination that could be found. Everyone was needed if the Gorumars were to survive, and discriminating by superficial traits such as gender or race became impossible. Unfortunately, a new form of prejudice took over instead.

One of the major impacts of the old war has been mutations brought by radiation poisoning. Many newborns were assailed by strange deformities. Some were minor and aesthetic in nature, such as scales on the face or a third eye. Others were far more problematic. In some cases, the mutation brought what they called 'brain rot', causing the victim to become erratic and violent. In the worst cases of mutations, the poor souls existed as twisted shapes living in constant agony, often paralyzed and barely recognizable as Gorumars. These were dark times, mutation rates were hard to control and often increased. Scientists feared it might come to pass that most of the population would be extremely mutated, to the point it might threaten Nirnivia's survival, and the data proved them right. Eventually, new techniques to help prevent mutations in newborns were developed. Brain rot soon vanished and mutation rates decreased dramatically. There is still a large population of mutants in the present day, but they are, for the most part, perfectly able to function in society without any special needs. Some could even be considered superior to normal Gorumars, having mutations that gift them with unusual skills. However, these are very rare. Unfortunately, fear doesn't disappear easily and many dread the possibility that mutation rates might grow uncontrollably in the future. Science refutes this for the most part, but terror knows no logic and the mutants often face discrimination as a result.

Many organizations were formed in order to promote mutant rights, the most famous being the Kenneth Foundation. Founded by Lucius Kenneth, and soon joined by fellow mutant, Sara Jones, the organization started from humble beginnings, but since grew into a behemoth. Many of the political victories concerning mutant rights are thanks to the effort of the Kenneth Foundation. In the present day, the foundation is led by Lucius' descendant, Max Kenneth. While considered a bit rough around the edges, Max is known as a passionate man who spares neither expense nor energy when it comes to protecting fellow mutants.